Week 3: Settling in at School

I’ve been at my placement for around two weeks now, so I’m more at home here than before. The boys are mostly between the age of 6 and 17. The little children love to play at the playground, whilst the older boys like a bit of dancing, wrestling and sports. In our naivety, Mark and I decided to join in on a cricket game – we were humiliated to say the least! Football’s been fun – but the boys play a version called “rowdy” football, which means that a mob of children constantly chase the ball, desperate to kick it as hard as possible. Reminds me a bit of football at the school playground!

So far, language, behaviour and learning techniques have been the main challenges whilst teaching the younger years. Since Mark and I cannot explain instructions in the local languages, the younger years find it difficult to understand. Many of the younger children also take advantage of the fact that we will not smack them if they misbehave. We’ve found that the supervision of a teacher with a long ruler in their hand has reduced the younger children’s tendency to wander around the room and pick a fight with someone. In older classes where language and behaviour has been less of an issue, we’ve found that many children go through school by copying or memorising information, without understanding basic concepts.

Whilst we’ve had a few problems, there have also been a lot of positives. We’ve spent most afternoons helping with the children’s times’ tables and have found that the boys are really eager to do sums. Some of them have even stayed beyond the two hours of tuition after school to answer maths questions! It’s also been really fun to get the children engaged through games and competitions, awarding mini trophies to those who work really well (thanks to my sister Anne-Marie, who gave me loads of awesome resources for the school). 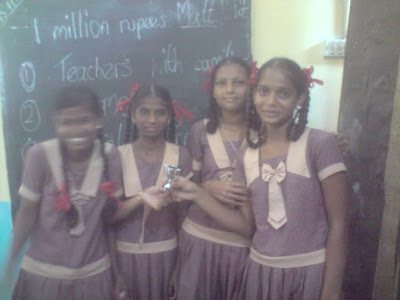 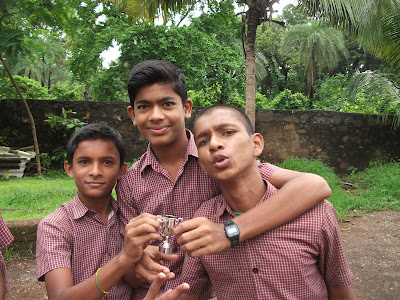 On Sunday Mark and I were invited to a party with the church we visited the week before. Two guys were getting baptised in a swimming pool, so there was a big celebration that afternoon. Straight after the baptisms, we all jumped in the swimming pool and played some water polo, before heading to the seaside for some beach football! The guys at the church have been really kind and supportive so I’m looking forward to hanging out with them more. 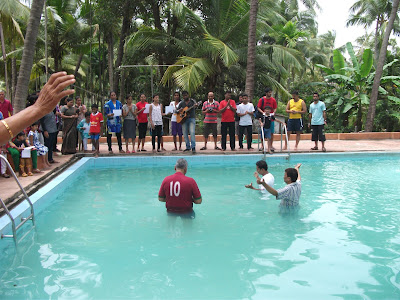 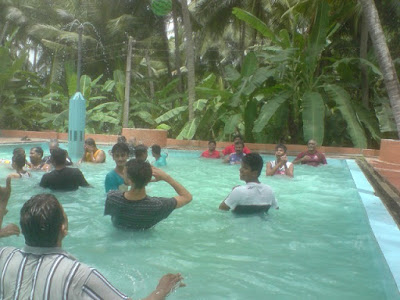